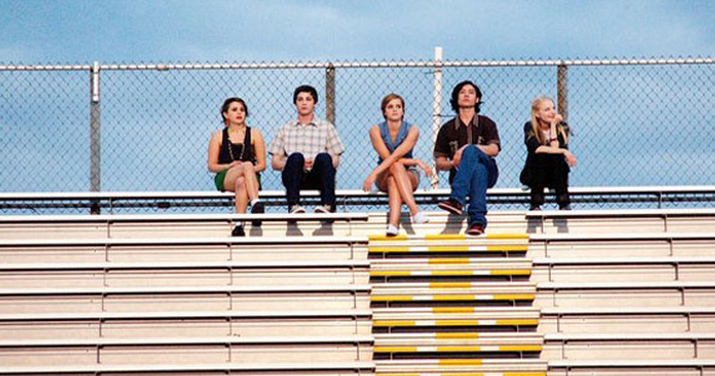 I wasn’t a huge fan of high school.  I didn’t hate it—I just always felt my time was not the four years of high school, or at least I hoped it wasn’t!

As you can imagine, being 5’7″, with above average intelligence and red hair isn’t normally the recipe for high popularity in an American high school environment.  I wasn’t great at any sport, but participated in a few.  I was involved in theater and had fun with that.  I had friends, but none that I call a close friend now.  I know people who won’t ever admit it, but you can tell about how they talk about it, that high school was the best years of their life.  It’s sad really—four years—all happening so early.  They haven’t left high school, even though they graduated long ago.

Everyone has their own “high school”… that place where for that one moment in time everything seemed to fit together just right.  Maybe it was college for you, or your first job, or your current job or maybe you are still searching. If you’re lucky that “time” lasted for a while; for some, it might have only lasted a few weeks or days.  Right now, in your mind, you’re picturing your time (if you’ve had it!). As I’m writing this, I’m picturing mine.

In June 2001 I started my first “real” HR job with a company in Omaha, NE called Pamida. Our HR Department had a great group of men and women— people I’m still in contact with today. The one reason that my position at Pamida is “my time” is because of 3 guys I had lunch with almost every day over a two year period.  Luke, Bob and Ray.  The four of us worked within 50 feet of each other and interacted throughout the day, but each day we would go off to some fast food restaurant for lunch and laugh.  Laugh like your sides hurt, like you were going to pass out, laugh.  Every stress we had in life, in our job, etc. would get made fun of in some way or another.  It was the best therapy session you could ever have.  It made coming to work fun.

Now, don’t get me wrong. I’ve had other great positions, with other great companies and have made great relationships (heck, I talk about my time at Applebees like we somehow created burgers and beer during my time there). But if I had to force rank which job I’ve had that just felt the most comfortable—it would be that.  Comfortable is a good word for it.  I’ve had higher level jobs that have paid me more and challenged me more, but none where I was just completely… comfortable.  The best part of having “that time” is it will always be “that time” in my mind.  I know I could never go back.  Lunch with Luke, Bob and Ray would never be like it was.  It as a moment in time, and it was great.

Some people will find this exercise depressing.  Those are the people still stuck in “high school.”  I find it refreshing.  I’ve enjoyed certain parts of every single position I’ve ever had.  I’ve made great personal and professional relationships with people in every position.  I’ve been apart of “that time” for other people in other companies, and I cherish those times as well. I like having my time, because it helps me as a leader want “that time” for those I lead.  It’s like a goal.  I want their time, under my guidance, to be “that time!” That would be awesome.

What has been your favorite job?