The origin of FOT is simple to trace.  In late 2007, Kris Dunn (KD) got a call from a major conference company: “We want to hire you to create a Talent Management blog for our new website”, the suits said, “Like the HR Capitalist, but without all the boring HR stuff like legal issues and employee relations tactics – just the sexy stuff.” 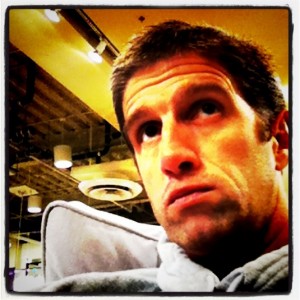 KD went to meet with company in question.  In his hotel room that night, he had a moment of Rage Against the Machine clarity (lyric reference: “A thousand years they had tha tools/We should be takin’ ’em/I want the machines that are makin’ em’) about ownership and the man.  Even though hundreds (if not thousands) of people considered KD to be “the man” by that point in his HR career.  Ironic.

He went back the next day and told the suits he couldn’t do a second blog like the Capitalist and keep his day job (a goal of his at the time), but offered up an alternative – KD would own the new site and round up an all-star collection of HR and recruiting practitioners to provide daily insights with a trace of attitude and snark.  The conference company in question could hold exclusive advertising rights as long as they felt the new site met their needs.

And so FOT was born.  To name the site, KD conducted a poll of 500 HR/Recruiting professionals, giving them 5 different names to choose from for the new site’s name.  KD was positive the new site was going to be called “Talent Entourage”, a hunch that now seems both ridiculous and influence-induced.   To fix the vote, KD included a couple of crappy afterthoughts, including a laugher – “Fistful of Talent“.

Craptastic won. Fistful of Talent ran away with the vote, taking 70% of the caucus.  Talent Entourage limped in at 6%.  KD thought about naming it what he wanted anyway, then did what so many dictators do – grudgingly giving the masses what they demanded to prevent revolt, while pledging to work in as many Entourage references as possible.

Like a bass player who can’t sing looking to get a band together, KD turned to the equivalent of digital classifieds to recruit the original writers for FOT – putting up a help wanted ad/post at the HR Capitalist, asking readers of the Capitalist to raise their hand if they wanted to write in a similar voice at the site that would become FOT.

From that original recruiting came some amazing HR/Recruiting professionals who are still with FOT today:  Jessica Lee, Paul Hebert and Kelly Dingee.  Interested in finding out who has been on the FOT team through the years?  Check out this complete list of writers and the seniority number on their badge, indicating when they came to the big orange machine.

The conference company lasted less than a year.  Fistful of Talent soon picked up Workforce.com as an exclusive partner, which ran for 5 to 6 years.  Today, we’re happy to have a great lineup of annual sponsors like Halogen Software, HireVue, CareerBuilder, Kinetix RPO, Chequed.com and Meridian Knowledge Systems.  The rest as they say, is history.